Log4Shell Vulnerability - the day when security industry was working overtime

This blog is about the series of Log4shell vulnerabilities best known as CVE-2021-44832, how they affected our software development and how we helped our customer to check their networks. I hope this blog will give the reader an insider view of what it is actually like to patch and detect those vulnerabilities.

Luckily our security architecture prevents elevating permissions from a compromised component to the host OS level on a Sensor that runs the component inside an instrument container. However, a typical configuration of Log Forwarder Instrument involves giving it access to create network connections in order to send events to external SIEM. We believed that Logstash was the more likely component to be exploitable in the wild and gave it higher priority. Successful exploitation of the Recorder Instrument seemed less likely at that point, so we decided to patch it after the Log Forwarder.

In addition to our software stack using vulnerable components, our products are used by Security Operation Centers (SOCs). In particular, they run Sensor networks that are used to detect attacks, like the ones that exploit the Log4Shell vulnerability.

So our work begun on two tracks:

Logstash is the main 3rd party component of the Log Forwarder Instrument. Logstash is written with Java and contains a vulnerable component. At first, there were no patches available. Then Logstash 2.16.1 appeared without any release notes. I’m guessing they were also quite busy. :)

I looked at 2.16.1 contents and figured they upgraded to log4j 2.15.0. We patched to Logstash 2.16.1 and started release tests. After backporting the patch to our current stable software release, we deployed to all installations we had access to and notified customers to update to the latest version.

Word got around that log4j 2.15.0 wouldn’t be good enough. We saw Elastic’s announcement, and although it seemed Logstash should be fine, we wanted to patch it just in case. We removed the vulnerable JndiLookup.class from the log4j jar and released another fixed version of our product.

ElasticSearch is the database backend of our Recorder Instrument and Arkime is the main component to use the database. Recorder Instrument was a lower priority target for patching, because in normal deployments it doesn’t have permissions to send ethernet or IP packets to any network. This makes exploitation harder and the impact smaller. For the current stable software release, we decided it was easiest just to manually patch the log4j class, just like we did for Logstash.

For the development software release, we upgraded ElasticSearch and Arkime to the latest available stable versions. We were going to do that anyway, this just changed the priority for the upgrade.

Many of our customer deployments use Proofpoint’s Emerging Threats rule set with Suricata IDS. Proofpoint decided to make their Log4J vulnerability exploitation attempt signatures public in their “Open” version of the rule set and thus it was automatically updated to many Sensors as well. The triggered rules then cause the Recorder Instrument to record the traffic of the exploitation attempt and contextual recording can be used to evaluate the impact of the attempt.

A customer asked us for help because they had their hands full: they wanted to scan for the vulnerable hosts in their networks.

We started looking for ways to perform scanning. At the time, FullHunt.io’s log4j-scan.py was the de facto open source solution for such scans. However, it lacked features that were critical to our use case:

We started improving the scanner during the Christmas holidays, in preparation for performing actual scans on Customer’s infrastructure. My colleague Esa rewrote the scanner to use HTTPX instead of Requests library to gain a huge speedup with asynchronous I/O. I added features for OOB data retrieval and scanning statistics. Our version of the script is available at GitHub.

Out of Band data extraction

Here’s a simplified overview of how the scanner works. The complexity in the setup comes partially from the need for Out of Bands data extraction. You need to have a way to know if a particular DNS request was made. This is exactly what Interactsh server does for us here.

Please note that log4j scanner and Interactsh server can actually share the same host - there’s no need to separate them, they are just drawn as separate entities here for clarity.

I performed scans to some networks and wrote instructions for the customer. They started scanning their whole infrastructure for vulnerabilities. The Log4Shell attempt rules from Emerging Threats started giving exploitation attempt alerts, but luckily we can easily filter them out on the Sentinel. We could have just added BPF rules to filter out the scanner IP addresses, but we wanted to see how the scan works. It turned out to be a good decision, because of course the scans didn’t actually work for some of the sites.

Here is an example of a successful scan, captured by Recorder Instrument in trigger mode that captures only traffic that hits any Suricata rule. 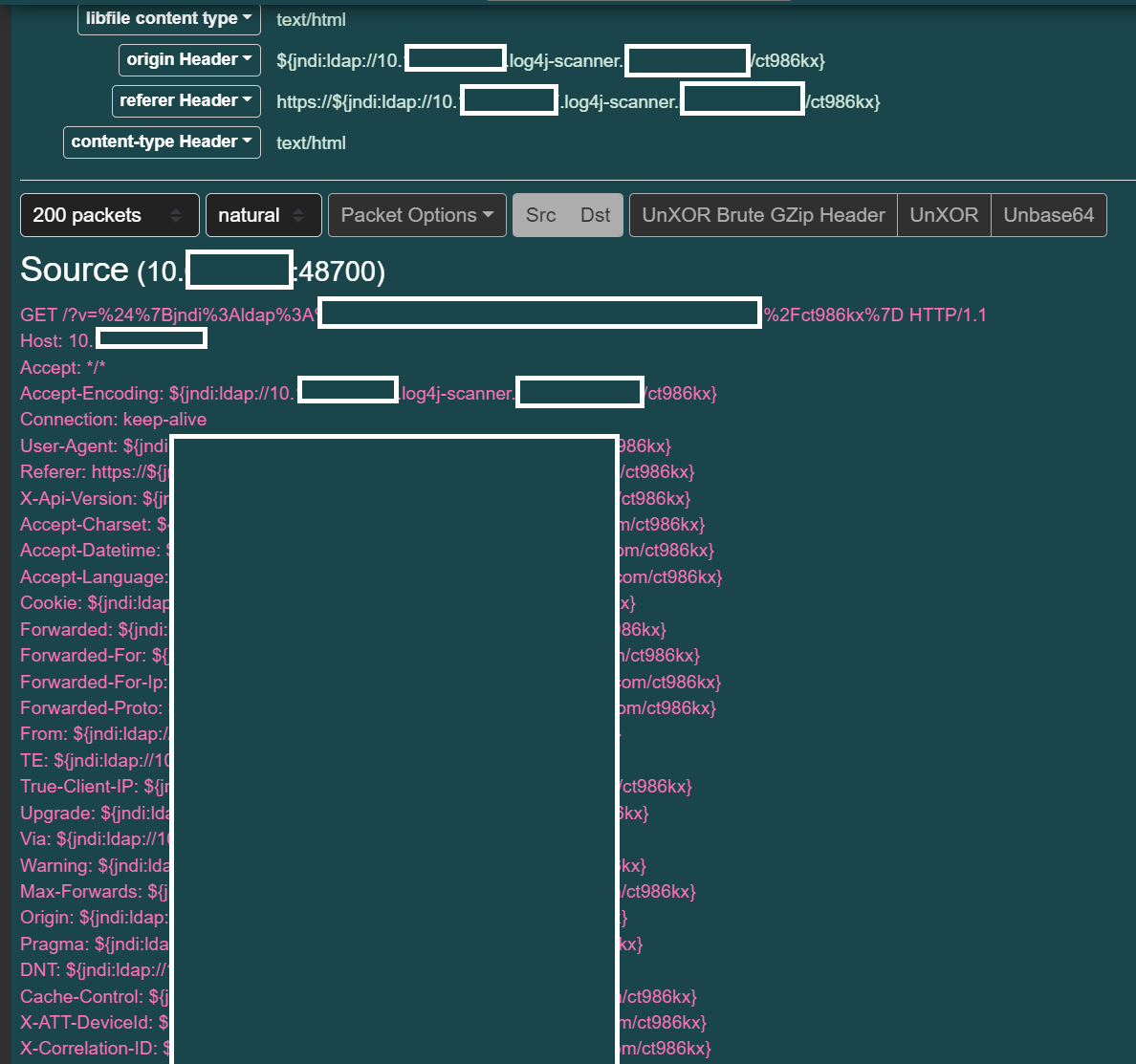 As can be seen, the log4-scan.py is giving the HTTP server a bunch of headers, hoping that one of them will get through to an app that will log the request. This is not perfect, but it’s what was available using easy open source tools at the moment.

This could have been much worse:

Customer networks are now safer and we can sleep our nights without Java nightmares. 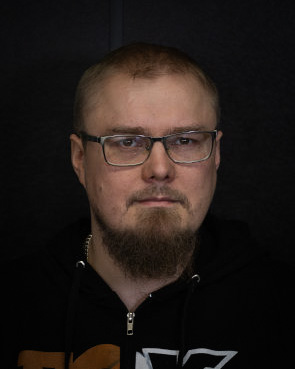